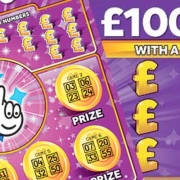 A recently furloughed Painter has scooped £300,000 on a National Lottery scratch card. Robert Fullerton a 30-year-old from Castledawson, Northern Ireland was celebrating after buying a £3 scratchcard while shopping last week.

Speaking to the press, Robert said he wanted to put the money to good use. Including plans for a new house, a holiday abroad and some driving lessons.

Robert explained how he won the life-changing sum. He said: “I was out doing a grocery shop and had a scratchcard in my pocket with a £3 win on it.

“So while I was paying for the groceries, I exchanged it for another similar National Lottery Scratchcard, and bought an extra one for good measure.”

It wasn’t until later that day when he rubbed off the scratch cards that he discovered his good fortune – a £300,000 jackpot win.

He said: “The biggest thing we’ll do with our winnings is buy a new house in the area.

“Also, we know it might be some time away, but when people are able to travel again we’ll go on a holiday to Benidorm. The only times I’ve been abroad before were on school trips, so it’ll be amazing for Susan and me to fly off somewhere sunny.”

As a life-long Liverpool FC fan, Robert is hoping he can soon celebrate the club’s premier league title win in style. He might even be able to afford a replica kit from the LFC store. Well, he’ll probably need another big win before having enough money to afford a shirt – have you seen the price of these new replica kits? 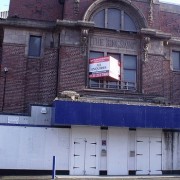 Bingo Halls around the world could be facing closure within the coming months. A report in the Financial Times states that one in every three bingo halls face this fate due to high taxes and players spending less when they come in to play. Because of this deadly combination, bingo halls have seen their revenues take a major nosedive, making them incapable of continuing to stay open.

High Taxes for Bingo Halls
According to the Bingo Association, many of the bingo halls within the United Kingdom that make an annual profit of £70,000 or less will be closed within the next few months or years. Of 476 clubs located through the UK, more than 170 could face this horrible outcome. If the government does not reduce the tax burden put on these clubs, even more could possibly shut down over time. The smaller, locally-owned bingo clubs seem to have this issue more so than the larger branch clubs.

The Future of Bingo
With online bingo in the mix, it’s no wonder that many have stopped going to local bingo halls. Online bingo can be played for the comfort of ones home. While bingo clubs may only be open certain days and hours each week, players can take to their computers and join a game of bingo 24/7. Because there is no commute in getting to and from a bingo club when playing online, players can spend more of their money gambling in front of their computer. The uncertain future of bingo halls may also play a part in the rising number of online players looking for a stable place to gamble. Online bingo like that at Jackpot Joy may be the light at the end of the tunnel for some, but for others, it’s sad to see bingo halls shutting down left and right. 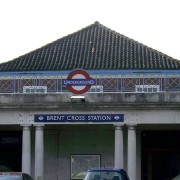 English Heritage added new 16 Tube stations to the 56 other stations already on the Listed Buildings register. Each is important in their own way, as three experts on the Tube’s history and heritage, some of the stations included might raise an eyebrow for two:

Brent Cross
Distinguishing features: Boasts double Doric columns on its facade, a telltale sign of architect Stanley Heap’s work. Named Brent until the opening of the nearby shopping centre in 1976.

Expert’s view: “A neat little Grecian building. Heaps gave things a classical style here. Its well mannered – it must have been an eye-opener in its day. It was really about taking civic architecture to the suburbs.”

Expert’s view: “All Green’s stations were floodlit at night to enhance the prominence of the new public transport system. The platforms are one of the few pairs with the original coloured, patterned tiling virtually intact. All 46 Green stations had a different tile pattern, said to aid recognition by regular passengers.”

Distinguishing features: This 1924 station by Stanley Heaps was intended to kickstart the development of the area and is integrated into the shops either side of it.

Expert’s view: “Many of these stations show that good design is as much about function as it is about form. Subconsciously the average commuter probably enjoys the Doric columns – but consciously they definitely appreciate that the station’s wide entrance takes them quickly out on to four key roads as well.”

Expert’s view: “The thing that amazes me is you half expect the village doctor to be outside on his horse. It’s so marvellous that we have these outlying rural services on the Underground. Our customers like that heritage. It’s part of the feeling of that market town and it means a lot to the people of Chesham.”

Distinguishing features: Another Leslie Green station, opened in 1906. A concrete block was added on top in the 1960s.

Expert’s view: “Green was the architect brought in to design all 46 stations for the new London Tube lines, opened in 1906-07. The scale of the job meant that the stations were all designed to a similar formula. The generic design relied on putting a distinctive cladding around a then-novel, steel-framed structure which allowed commercial premises to be built above.”