The modern Marathon race commemorates the run of the soldier Pheidippides from a battlefield at the site of the town of Marathon Greece, to Athens, in 490BC. The soldier was said to be delivering news of a great victory over the Persians and on completing the gruelling run, collapsed and died. In 1896 the Modern Olympic Games were established and Pheidippides legend was revived by a 24.85 [40.000 mtrs] run from Marathon Bridge to the Olympic Stadium in Athens. As host nation to those first games, Greeks were delighted when Spiridon Louis a Greek postal worker won the Marathon, crossing the finishing line seven minutes ahead of the pack. In 1908 at the London Olympics the Marathon distance was changed, so the race could finish in front of the Royal Family’s viewing box. Two point two miles was added to the race and 16 years later after much discussion, the 26.2 mile distance was established at the 1924 Paris Olympics as the official marathon distance.

Marathons have become a world wide running tradition testing an athletes speed and endurance. They have become extremely popular with the general public and the ‘fun runners’ who take part have raised millions of pounds for charities. In 1996, the 100th Anniversary of the Modern Athens Marathon, over 3000 runners from around the world gathered to run in the footsteps of Pheidippides in Greece. The London 2012 Olympic Marathon will start and finish in the Mall and will consist of four laps of a circular route. The course will take in many of London’s well known sights including Buckingham Palace, St Paul’s Cathedral and the Palace of Westminster. There will be some Special Viewing areas along the course, which will require tickets, but for most of the course the public will be able to view both the Men’s and Women’s Olympic Marathon event for Free.

Mara Yamauchi, she holds the second fastest time by a British woman in the marathon, behind world record holder Paula Radcliffe and finished tenth at the 2010 London Marathon.

Claire Hallissey, finished sixth in only her second Marathon in Chicago, 93 seconds inside the UK qualifying time.

Paula Radcliffe, finished third in the Berlin Marathon in September 2011, inside the UK qualifying time and as one of the most experienced runners must have a great chance of selection.

Scott Overall, at his Marathon debut in Berlin finished an impressive fifth inside UK qualifying time.

Andrew Lemoncello, competed in the steeplechase event at the 2008 Olympics and made his Marathon debut in the 2010 London Marathon, finishing in 8th place. 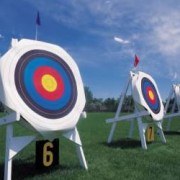 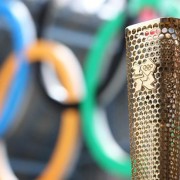 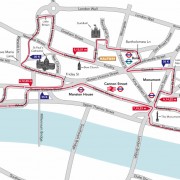 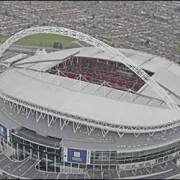