Until not so long ago hardly anyone believed that video games will be considered sports and soon after they were labelled as Esports, many thought that the name was inappropriate. However, things changed quickly and know a lot more people takes gaming and Esports seriously and Esports tournaments have attracted the attention of mainstream media. Not only that the number of people who are playing Esports professionally is rising, but there’s also a growing interest amongst fans to watch Esports competitions and tournaments. Some Esports events take place in large arenas in front of live audiences and more often than not the venues are sold out and quite full on the day the events are held. Moreover, the prizes for winning certain Esports events often exceed $1 million.

The rising popularity of Esports

Studies conducted last year showed that more than 100 million people watch Esports games and tournaments on a monthly basis. It is predicted that this number will reach 145 million by 2017. Some events, like The International, which is the top Esports competitive event, draw over 8 million people simultaneously which is equal to the number of people who watch the finals of the Stanley Cup.

The number of tournaments also saw a rapid growth. There were only 27 tournaments in total in 2000 and the number pretty much remained the same in the following two years. By 2005 the number exceeded 230 and it nearly reached 2,000 in 2014. About a decade ago, only up to few thousand people watched amateur Esports competitions. But, back in 2013, the Riot Games’ League of Legends championship was seen by 32 million people, most of them via online streaming services. More people viewed the LoL championship than the NBA Finals and World Series in 2014 together.

The prize amounts grew as well and nowadays successful Esports competitors are young millionaires, as opposed to 10 years ago when they were mere amateurs. On the brink of the new century just about half a million dollars of prize money was awarded to players who competed in 27 different tournaments. 15 years later the available funds exceeded $40 and the trend is likely to continue. Not to mention that many Esports players and teams sign multi-million sponsorship deals.

Many Esports-men and women gained prominence and were featured in some of the leading traditional and online media and the US State Department nowadays grants visa to gamers as part of the same programme as players who compete in conventional sports. Top universities give scholarships to professional gamers. Esports competitions are even broadcasted by leading television networks like ESPN.

There’s another feature of Esports which shows their connection to conventional sports. Namely, people nowadays bet on Esports and it is becoming increasingly popular. Bearing in mind that a lot of people know watch Esports and that prizes for the winners are pretty high, it is hardly surprising that there’s a growing number of fans who became Esports punters.

Online sports betting operators were quick to realise the potential of Esports and Esport betting and nowadays there practically isn’t a reliable sports betting operator that doesn’t offer betting on Esports. It is possible to place wager on a large number of games of different Esports competitions, including Dota 2, League of Legends, Counter Strike and StarCraft 2 tournaments, as well as several other games.

Last year it was reported that there is a huge surge in the amounts of money that punters stake on Esports games. In fact, a marketing director of one of the leading online bookmakers stated that Esports competitions are often among the top 10 events in terms of betting turnover. In addition to the increase in the number of total bets, the number of four-digit bets on Esports is also increased.

Sports betting operators hire analysts and experts which help them provide more realistic and more competitive quotes on Esports. Punters are quite happy about the fact that are more than few operators which offer Esports betting as more competition almost certainly drives the odds up and allows punters to ‘shop’ for better odds online. 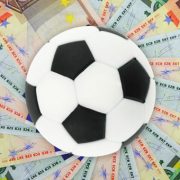 Betting on the moneyline 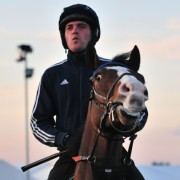 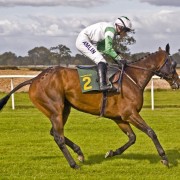 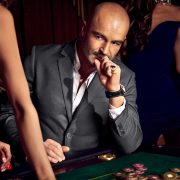 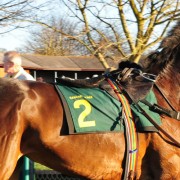 Betting On The Horses – Get To Know The Basics
Metazone is the webs favourite scratch card portal. Here you'll find reviews of the best scratch off games online, play great themed cards like Kong and find big jackpots to play for pennies.

Euro 2016 Semi Finals: What to Expect

Get Ready for Premier League Betting
Scroll to top